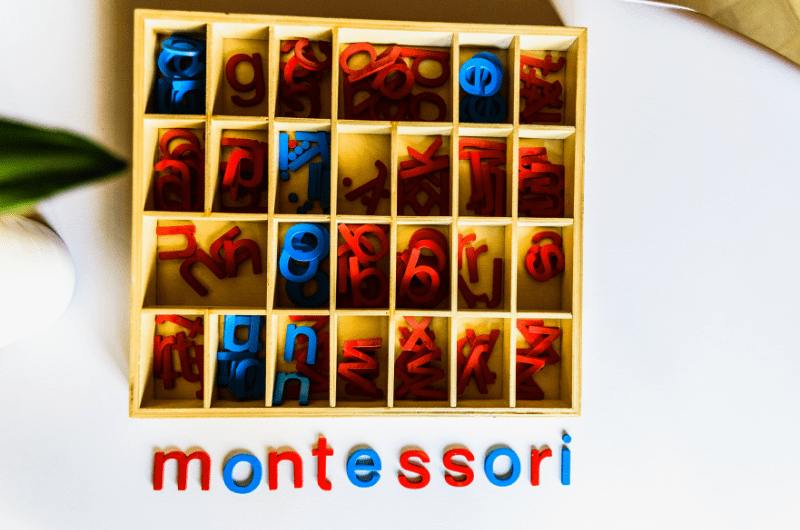 This week has been very special, as we celebrated Dr. Maria Montessori’s 150th birthday!

When Dr. Montessori was born on August 31, 1870, Italy had just become a united country and still held conservative values about women’s role. During that time, girls did not have access to public education. Instead, their families – and the Church – determined their education. Women also could not have their own bank accounts, own property, or vote.

Maria was seven years old when Italian public schools first opened their doors to women. From a young age, she refused to follow gender limitations and at the age of 14 attended classes at a boys’ technical institute, where she studied math and science.

Dr. Montessori was a woman born for her time. She graduated with high honors from the medical school of the University of Rome in 1896 and became one of the first female doctors in Italy. She was a leading advocate for women’s rights and, most famously, became an education reformer, creating our beloved Montessori philosophy.

The Montessori Primary and Elementary programs are thoughtfully designed as three-year cycles. During those cycles, children stay in the same classroom and build a strong, cohesive community. They move through the stages of development, experiencing different roles and responsibilities that meet their social, intellectual and emotional needs.

Most of the materials found in a Montessori classroom serve an indirect purpose of laying the foundation for future work and learning. For example, in a Primary classroom, math materials are a series of exercises that guide the child from the basic introduction to numbers and quantity to more complex mathematical concepts. 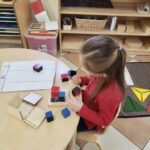 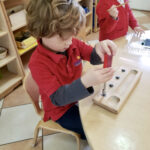 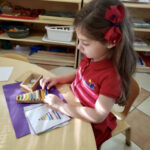 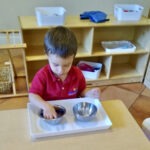 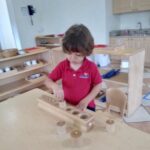 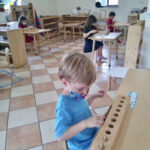 Eventually, the child begins to understand the decimal system, fractions, algebraic and geometric concepts, and learns to add, subtract, multiply, or divide, with a deeply ingrained understanding of what those mathematical functions mean. It is this understanding that helps them in all other areas of math for the rest of their academic lives.

There is also a social component to the three-year cycle. Each child benefits from being exposed to those who are older or younger than they are.

Older children, on the other hand, benefit from being mentors to the younger ones. By mentoring a younger child, older children internalize all the knowledge that they’ve gained throughout their time in the classroom.

The third year in the cycle is especially important for the social development of children. It is at this stage that children naturally take on a position of leadership, which builds confidence and self-esteem that will last a lifetime.

Happy Birthday, Dr. Montessori! Thank you for your legacy.

Toggle the Widgetbar
By continuing to browse the site you are agreeing to our use of cookies.
Call 305-854-8001 to schedule a school tour! Come witness the Montessori philosophy in action and see why it is that La Prima Casa alumni consistently move on to Miami’s top schools and gifted programs.

For more information about tuition rates and to receive our Enrollment Agreement, fill out an Inquiry Form.